The history of the revolver can be traced back to the mid-1800s, and yet manufacturers are still producing new... 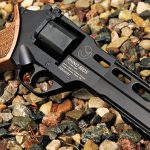 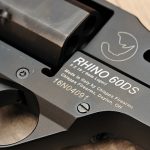 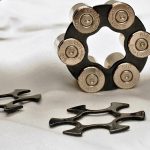 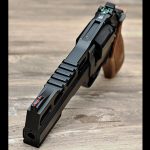 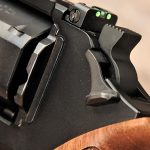 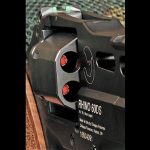 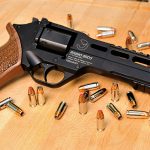 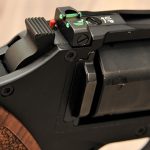 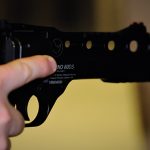 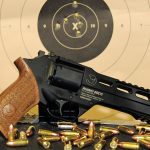 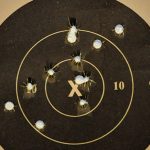 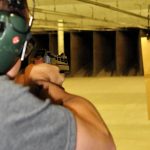 The history of the revolver can be traced back to the mid-1800s, and yet manufacturers are still producing new models and making improvements every year. Newer materials have been used, including aluminum, titanium and even polymer, to help cut weight. In 2009, Chiappa Firearms had a different idea when it developed the Rhino. Designed by Emilio Ghisoni and Antonio Cudazzo, it resembles Ghisoni’s earlier design, the Mateba Autorevolver, which was introduced in 1997. Ghisoni passed away in 2008, leaving us with his final creation. 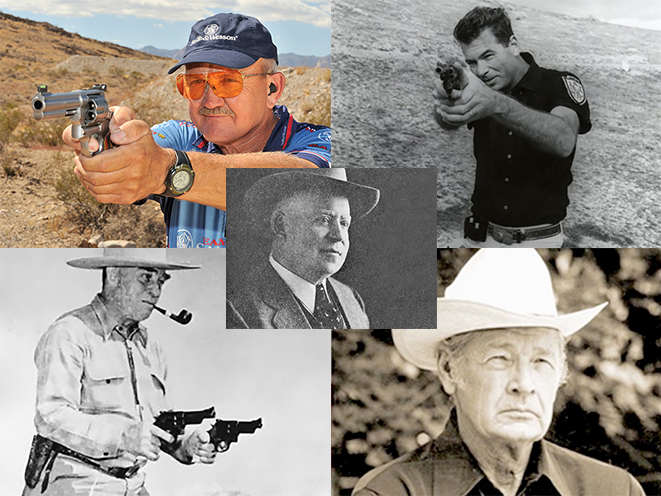 The gun is named after Chiappa owner Rino Chiappa, but the moniker definitely fits the design well. And while the company is not the first to experiment with this design, it was the first to do so successfully. Firing from the bottom chamber of the cylinder, this design allows the barrel to be positioned lower in the frame. With the barrel directly in line with the top of the shooter’s hand, recoil and muzzle flip are reduced, assisting the shooter with more accurate follow-up shots or rapid-fire shooting. Chiappa states that the recoil is reduced up to 60 percent over similar standard wheelguns. The design also incorporates ergonomic engineering so that the gun fits the average hand well, has easy-to-reach control surfaces and operates much like a traditional wheelgun. The Rhino has a hexagonal cylinder and, as mentioned, fires from the bottom chamber. The hexagonal shape of the cylinder makes this revolver one of the slimmest of its size on the market and adds to the Rhino’s appearance. It is a very squared-off-looking revolver, CNC-machined from a block of high tensile aluminum alloy. Almost all of the Rhino’s components, except those exposed to combustion forces like the barrel, cylinder and action, are CNC machined, which creates a precision fit with very tight tolerances. The vitals are all made of steel, but aluminum alloy construction everywhere else helps cut weight. The 60DS that I received for testing weighs in at just under 33 ounces unloaded. Chiappa offers the Rhino in either matte black or with a brushed nickel finish with a 2-, 4-, 5- or 6-inch barrel. I received a matte black 9mm with a 6-inch barrel for testing.

One thing is certain: The Chiappa Rhino will turn heads at the range. You might think it’s beautiful or ugly, but it’s an impressive-looking revolver. If you sit back and look at the gun, the business end almost resembles an actual rhino, horn and all. I had to keep reminding myself that this baby is a 9mm, not a .50 caliber. It’s just a beast; the Rhino makes you instantly feel cool. My friends and I joked that the Rhino 60DS should have a speaker built in so it could play Clint Eastwood’s famous line from Dirty Harry: “You’ve got to ask yourself one question: ‘Do I feel lucky?’ Well, do ya, punk?” You pick it up and feel like you are on a Hollywood movie set, ready to fight some bad guys. Actually, more likely aliens because it resembles a gun out of a science-fiction movie. But let’s take a closer look. The Rhino does not actually have an external hammer. Instead, what looks like a hammer is actually a lever used to cock and carefully decock the internal hammer. Due to the intricacies of the design and for safety purposes, I personally would just flip the cylinder open, unload and dry fire in a safe direction to decock the hammer if needed. This cocking lever takes a little getting used to if you are familiar with regular wheelguns. The cocking lever falls back into place when you cock it to make the gun fire in single action (SA) rather than staying cocked back like on a traditional revolver. Chiappa gives you the ability to use the Rhino in SA or double action (DA) mode. The DA trigger has a very long and heavy pull that could definitely use a little work. In SA mode, the trigger becomes extremely light with a very short, smooth pull. Because the hammer is concealed, Chiappa is kind enough to add a little red pin on the frame that works like a loaded-chamber indicator on a semi-automatic pistol. Located by the rear sight, this flag is a nice safety feature that is easy to see without getting in the way. Located high, the cylinder release connects to the frame near the cocking lever. It’s is a little difficult to get used to, but it is easily operated with only one hand for faster reloads. My thumb started feeling the sharp edge of the cylinder release lever when putting a lot of rounds through the gun, however. The Rhino 60DS sports a 6-inch barrel that is almost 1.2 inches lower than on a traditional revolver because it’s lined up with the bottom chamber. Top and bottom rails are also included for mounting accessories like optics, lights and lasers. The factory sights on the 60DS are very nice in any lighting condition. The Rhino I tested was equipped with a fixed red fiber-optic front sight and an adjustable rear sight with bright green fiber-optic inserts, creating an easily distinguished three-dot sight picture. I was able to shoot this revolver at multiple ranges in some low-light conditions, and the fiber-optic dots were easy to acquire.

At the range, the Rhino performed very well. I started to believe the videos I had watched online after the first six rounds. The gun was extremely accurate in SA mode. I was able to make six shots touch each other on paper at 10 yards right away with just a minor adjustment to the rear sight. I reached out to about 30 yards in SA mode and was able to keep six rounds within about 1.3 inches. I was very impressed with the accuracy of the gun. I fed the Rhino a healthy meal of 9mm hollow points, reloaded ammunition and full-metal-jacket factory rounds. The Rhino devoured everything that I fed it and spit it all out with very low recoil and lightning-fast follow-up shots.

Shooting in DA mode, those groupings definitely opened up a little. I was able to create six-shot groups just over 1-inch wide consistently at 10 yards, and my groups opened up to just under 2 inches at around 30 yards. The Rhino likes to eat, but it definitely takes a little prep work to load the moon clips that must be used to fire the 9mm version I was sent for testing. Moon clips where originally invented by Colt for the military to use .45 ACP M1911 rounds in M1917 revolvers. Chiappa utilizes steel moon clips, but I found the ones provided to be very difficult to use and made me wish I was testing a .357 Magnum Rhino instead of the 9mm. Chiappa provides you with a tool to remove the spent cartridges, but it wasn’t an easy or quick task even with the tool. If I owned a 9mm version of the Rhino, I would probably order extra moon clips so I didn’t have to fuss with them at the range, loading them all up before I went and unloading them after when I had more time. I did fire the gun without the clips and it actually worked, but I still had to pull each cartridge out of the chamber after shooting. This took a lot of time, but still not as much as the moon clips, though. All told, the Rhino is one awesome wheelgun. The model I tested was one of the most accurate revolvers I have ever shot. I would like to see a little better DA trigger pull, but that could be fixed at a local gun shop. As much as I am a fan of the 9mm round, I would personally purchase the .357 Magnum version of the 60DS just so I didn’t have to deal with moon clips. I think it would make for the ultimate revolver shooting experience. Chiappa’s Rhino revolvers are very well made, deadly accurate and definitely a lot of fun to shoot. I think the company’s tagline is a perfect way of describing the company and its guns. Chiappa Firearms, “where creativity never sleeps and innovation always persists!”